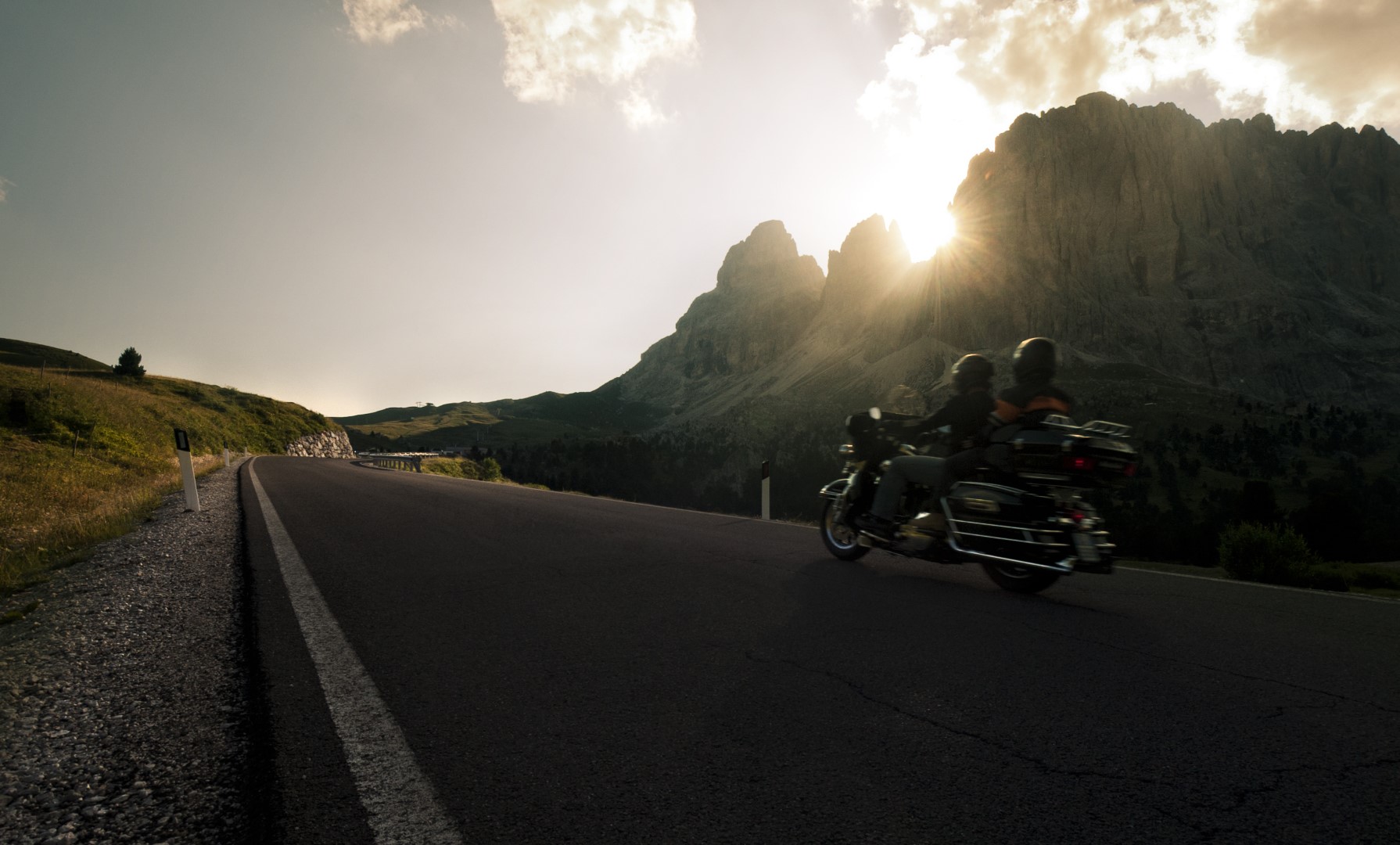 To the Sella Pass with a motorbike

To the Sella Pass with a motorbike

Turns and bends that lead up to the altitude of 2252 meters on the Sella Pass are a true blessing for the bike tourism lovers. While going up, roaring, from the valley bottom to the crossing pass, you can admire the Dolomite scenery that appears in front of your eyes in all its splendor.

First, you cross the green meadows and Alpine forests, then the scenery gets more irregular, as a mass of majestic Towers of the Sella Group emerges on the horizon.

From Bolzano to the Sella Pass with a motorbike

One of bikers’ favorite routes leading up to the Sella Pass starts in the city of Bolzano. Proceed towards the North and enter the narrow Eggental to reach the Karerpass. Come down in Trentino, in the direction of the Fassa Valley, and reach the town of Canazei. In Canazei, take the 12-kilometer path that will conduct you up to the Sella Pass. Once you are here, you can descend along Gherdëina and reenter in Bolzano.

From Belluno to the Sella Pass with a motorbike

The Sella Pass is reachable with a motorbike either from the town of Belluno in the Veneto region. The bike tour route passes first to the Rolle Pass through the Primiero Valley and the Fiemme Valley, and arrives in Brixen after having crossed also the Pordoi Pass and the Falzarego Pass.

The 4 passes tour with a motorbike

This route is undoubtedly the most challenging and captivating one among those offered by us. The start of the 4 passes tour is in Arabba, in the province of Belluno. From here, go up to the Campolungo Pass that connects Veneto and Trentino. By crossing this pass you will reach the Badia Valley to ascend to 2121 meters of altitude in Gherdëina. Follow the route and climb up the turns that will conduct you to the Sella Pass. Conclude the tour by reaching the Pordoi Pass and the slopes of Marmolada.